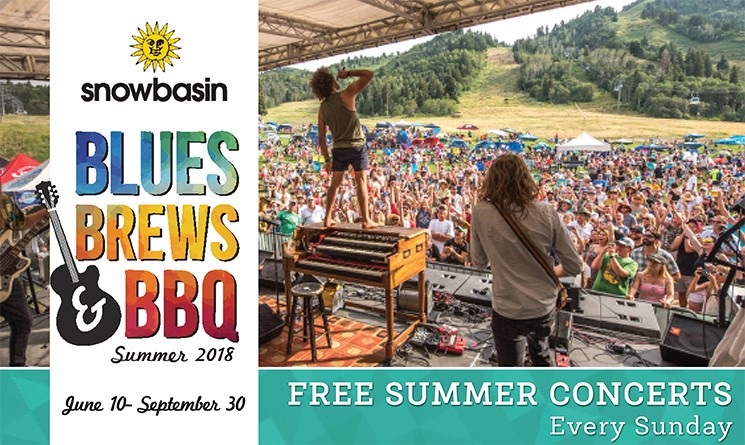 The lineup for Snowbasin Resort’s popular Blues, Brews & BBQ Free Summer Concert Series is now set, and organizers are calling it “a good mix of some fresh faces and our crowd favorites.”

The annual concert series is held Sunday afternoons throughout the summer on Earl’s Lodge patio and lawn at the resort. In addition to nationally and regionally touring musical artists playing from 12:30-5:30 p.m. each Sunday, barbecue and a wide selection of local beer will also be available for purchase.

The season kicks off with Yarn headlining the June 10 concert, and finishes up with a Sept. 30 date featuring Tony Holiday and the Velvetones, with Penrose in support. In between, bands like Los Lobos, Leftover Salmon, Sister Sparrow & the Dirty Birds, The Ballroom Thieves, and Andy Frasco will perform in the high mountain air.

In a news release, Snowbasin dining and entertainment manager Jason Ostler is quoted saying the family-friendly season includes a “great mix” of genres and styles. Even among individual shows, there may be two or three different musical styles represented. Concerts will range from the eponymous blues to funk, Americana, rock ’n’ roll and more.

“It’s going to be a lot of fun and there is definitely something for everyone throughout the season,” according to Ostler.

More information on the season can be found at here . To listen to a preview of this year’s musicians, check out the Spotify playlist at