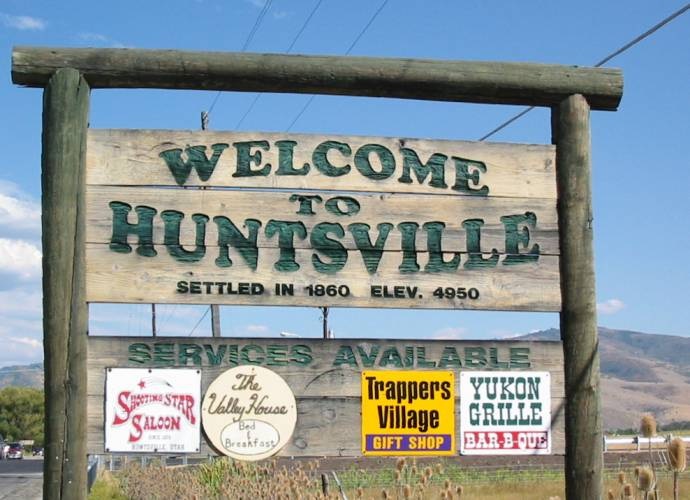 HUNTSVILLE — At first glance, you might think the under-construction Compass Rose Lodge is a barn with a silo.

But the new 9,600-square-foot, 15-room hotel will be one of only two hotels in the country built around a high-tech telescope.

The silo structure on the building will house a telescope so advanced it is capable not only of exploring space but also of astrophotography and of assisting with space research.

Donated by Weber State University Physics Professor John Sohl, the telescope comes to the hotel with the hope of inspiring future scientists.

The highly technical device will require instruction by hotel employees for those who wish to use it, Sohl said.

In a community that values open spaces and an agricultural feel, the hotel’s developers wanted their facility to have a facade that represents and serves the community.

Scheduled to be completed by the end of the year, it will be the only hotel within Huntsville’s boundaries, officials said.

“We are building with 70 percent green space on the acre,” Hyde said. “Locals can enjoy the atmosphere there.”

The hotel is a part of Huntsville Square, a location currently housing five businesses.

Also in the square are The Lodge, a reception center and meeting space; Ogden Valley Smokehouse; Detours, a recreational rental and shake shop; The Blue Coyote Cafe and The Old Fire Station.

The developers restored The Old Fire Station, built in 1936, by reusing and recycling many of the original materials, they said.

Dakota Hyde, Huntsville Square development manager, said the goal of the hotel and the overall development is to add to and preserve the beauty of Huntsville.

“The lodge is in the same location of the old elementary,” Dakota Hyde said. “We are not developing agriculural land that was prior undeveloped.”

With a church and then two elementary schools at that location, Dakota Hyde said the hotel represents the next generation of buildings to go on the property.

“We are renovating and helping to rebuild downtown Huntsville,” he said.

Developers broke ground for the new hotel this month and are hoping to have the structure ready to open by the end of the year.